Actor Gene Hackman known as Doyle in the ‘French Connection’ movie, was taken to hospital after a vehicle knock him off while riding on his bicycle.

Hackman was biking around 3 pm when the pickup truck hit the back of his bicycle, throwing him onto the grassy area.

The 81 year old actor sustained minor bumps and bruises and went home after treatment.
Hackman is one of Hollywood’s most celebrated actors, and has won two Oscars and received a further three nominations.

He began his acting career n 1956 when he joined the Pasadena Playhouse in California.
Hackman made many more hard hitting dramatic appearances, such as best actor nominated turn in 1988’s Mississippi Burning.

He was also famous for his ability to play lighter roles, such as his performance as camp evil genius Lex Luthor in the blockbuster Superman movies.

A career that has spanned for five decades, Hackman took the Best Actor trophy for his portrayal of Jimmy “Popeye” Doyle in The French Connection in 1971 and the Best Supporting Actor award for Unforgiven in 1992. 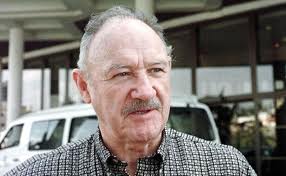