George Michael, 47, whose real name is Georgios Panayiotou, first rose to fame as half of the pop duo Wham, in the 1980s.

His solo albums sold millions of copies and won numerous awards in the UK and in the US.

In recent years, he returned to the stage for his first full live shows in more than a decade and toured Europe, the US and Australia.

His indulgence with drugs and cannabis make him a recidivist of offenses and has repeatedly broken the law.

In 2007 he admitted another charge of drug-driving and carried out community service.

George Michael has said he deserved to be jailed last September for crashing his Range Rover while under the influence of cannabis.

The singer was given an eight-week sentence and fined after driving into the front of a photo shop in London.

But the singer denied reports that he had been distressed during his time in north London’s Pentonville prison.

He said: “It wasn’t a weekend break, put it that way. I didn’t feel sorry for myself. I thought, ‘Oh my God, this place is absolutely filthy, because it was Pentonville’. I just thought, you get your head down.”

Michael was later transferred to Highpoint open prison in Suffolk. He said that while he was there he gave his autograph to every single staff member and prisoner.

Michael’s new single is a cover of the New Order song True Faith, which will be released on 13 March, with all proceeds going to Comic Relief. 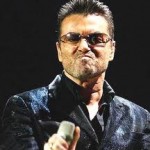 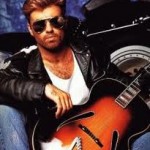