Doctors in Britain are advised to stop using the usual treatment cefixime for gonorrhea and instead use two or more powerful antibiotics.

The Health Protection Agency (HPA) recommends the necessary change because the antibiotic usually prescribed for gonorrhea is no longer effective and it has been noted it is now largely resistant to it.

The bacterium that causes the infection, Neisseria gonorrhoeae, has an unusual ability to adapt itself and has gained resistance, or reduced susceptibility, to a growing list of antibiotics; first penicillin itself, then tetracyclines, ciprofloxacin and now cefixime.

With the scenario, it presents the real threat of not being able to treat gonorrhea in the future.

The World Health Organization (WHO) recommends that the first-line antibiotic used is changed when treatment failure in patients reaches 5 percent.

HPA’s gonorrhea expert, Cathy Ison said that their laboratory tests have shown a dramatic reduction in the sensitivity of the drug they were using as the main treatment for gonorrhea. This presents the very real threat of untreatable gonorrhea in the future.

After genital chlamydia, gonorrhea is the second most common bacterial sexually transmitted infection in the UK.

Not unless a new antibiotic treatments can be found, the importance of practicing sex, will be the only way of controlling this infection in the future, according to Ison. 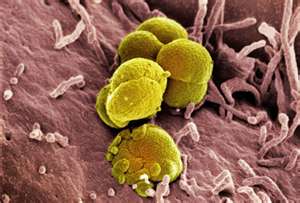