A healthy diet should provide enough nutrients without the need for supplements, health experts advise.

Supplements may only be beneficial if a person is deficient in a nutrient and excess of it may even harm the user, as the study in Archives of Internal Medicine suggests.

While people typically use supplements in the hope of maintaining or improving health, today’s study adds to evidence that some vitamins and supplements may be harmful, said Goran Bjelakovic, a doctor at the University of Nis in Serbia, and Cristian Gluud, a doctor at Copenhagen University Hospital in Denmark.

The research also raises a concern that long-term use of supplements may not be safe, the researchers said. Besides, dietary supplements don’t require the rigorous testing that drugs do.

Researchers have reported a link between their use and higher death rates among older women.

The researchers believe consumers are buying supplements with no evidence that they will provide any benefit.

Based on existing evidence, the researchers see little justification for the general and widespread use of dietary supplements.

They say dietary supplementation has shifted from preventing deficiency to trying to promote wellness and prevent diseases.

Helen Bond of the British Dietetic Association said some people, like the elderly, might need to take certain supplements. For example, vitamin D is recommended for people over the age of 65.

But she said that generally, people should be able to get all the vitamins and minerals they needed from a healthy, balanced diet.

“We cannot recommend the use of vitamin and mineral supplements as a preventive measure, at least not in a well nourished population,” Bjelakovic and Gluud wrote.

“Those supplements do not replace or add to the benefits of eating fruits and vegetables and may cause unwanted health consequences.” 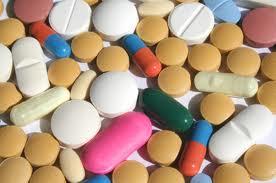