The prompt response from the Philippine government to address concerns on the implementation of the law and whether there is a need to amend some provisions in the Cybercrime Prevention Act has to be commended.

Dialogues have been set between the Department of Justice (DOJ), Department of Interior and Local Government (DILG), and the Department of Science and Technology (DOST) with various stakeholders for the drafting of the implementing rules and regulation (IRR) of the Cybercrime Prevention Act of 2012 is set on Oct. 9.

The online committed libel has a much harsher punishment than that of the offline, even the gravity of the crime committed is the same.

Legislators were unanimous that it is not correct to set a different basic punishment with the same gravity of crime committed.

‘If there are any objectionable provisions then certainly it’s good for the solons to recognize that and amend the provisions which they feel should be amended,’ according to Presidential Spokesman Edwin Lacierda .

“We would like to emphasize that there’s a need to combat the cybercrimes. The entire Cybercrime Prevention Act deals primarily with cybercrimes. The bulk of the Act itself dealt with addressing cybercrimes. It’s not a perfect law but it primarily addresses cybercrime, which happens with impunity here in our country; where our country is being used as a base of operations by cyber criminals,” he said.

Section 19, or the ‘takedown clause,’ which empowers the Secretary of Justice to shut down websites or block access to data on the basis of prima facie evidence has also rung alarm bells among freedom of expression advocates including media organizations.

“There is a contentious provision on libel but since there has already been clamor to refine the law, then amend it,” he said.

There are two avenues available in amending the law, either Congress may propose and pass amendments or the Supreme Court may rule on the petitions filed against it.

Although there are contentious issues in the provisions of the law, Lacierda said, “we believe that our President is secure in ensuring that your liberties will not be curtailed. The Aquino administration will uphold civil liberties.”

To the internet users and freedom loving advocates, their apprehensions were real that the law could be used by those in authority or by politicians to intimidate, bully or clamp down people from expressing their thoughts freely on the internet despite their intent serves public interest.

Politicians who chose politics over other vocations should be ready to accept the brunt of criticisms whether good or bad from people they served.

Being politicians, at any time of their career, they could be subjected to public scrutiny not only from their constituents but from their political opponents as well, therefore criticism and intrigues are always at hand and they have to live with them, accept them with grace and without any vindictiveness. 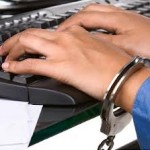