The international energy agency estimates that the percentage of wind energy, solar energy and energy from water resources will rise 22 percent by 2030, but at the same time the demand for energy is set to grow 76 percent.

The rising demand in developing countries particularly China and India, will cancel out savings in industrial countries.

The energy revolution will continue to come from traditional plants using coal and gas with the transition to more renewable sources progressing slowly.

“Coal is our most important fuel” said Kumar Singh, head of India’s state coal company Northern Coalfields, adding that electricity from renewable sources is too expensive for emerging nations.

The energy revolution will not happen quickly as experts say. In the coming decades, most energy will continue to come from traditional plants using coal and gas with the transition to more renewable sources like green energy progressing only slowly.

“It will take a while until renewable energy is just as affordable as conventional,” said Johannes Teyssen, head of the largest German energy company Eon. “In Germany, the conversion will likely be faster than in the rest of the world.”

This disheartening picture was painted at the World Energy Conference this week in Montreal. Leaders in the energy sector gathered in the French-Canadian city, but concrete results appeared as intangible as they were at the last meeting in Rome three years ago.

Even so, Eon with its giant wind parks in the US, is planning to build two large coal plants and several gas plants in Europe. The wind and solar energy plants in industrial countries thrive only with government support.

Teyssen notes money is a major problem, calling energy the most indebted industry. Energy providers have doubled the debt of most other industrial companies, and the development of renewable or green energy takes more financial capacity than traditional sources. 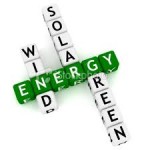 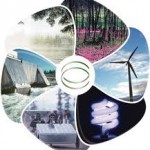