US guitar maker Gibson is facing a criminal probe over claims it broke environmental laws while importing wood.

The agents brandished search warrants issued amid suspicions that Gibson had violated the terms of the Lacey Act, an environmental law that requires imports to the US to comply with laws in the country of origin as well.

That’s enough rosewood for 10,000 fingerboards, a strip running along the neck of the guitar vital to the overall tone and performance of the instrument.

With Gibson’s production lines badly hit, the firm is seeking alternative supplies. But finding new wood will not be easy.

Illegal logging means reputable supplies of wood used to make guitars are scarcer, and more heavily regulated, than ever before.

Brazilian rosewood, dalbergia nigra, regarded by some guitarists as the ‘holy grail’, is effectively unavailable, officially listed as an endangered species.

The export of ebony and rosewood from Madagascar has been banned amid pressure from environmental groups. They are available from India, but only under certain conditions.

Yet the demand for an ever-dwindling supply of hardwoods is not letting up: Gibson alone produces some 700 guitars a day, according to Mr Juskiewicz.

Two years after a shipment of Madagascan ebony was confiscated, Gibson ran into trouble when a shipment from India arrived in Dallas this June. According to a federal affidavit, the wood was brought into the US under a tariff code that made it illegal to export from India – thus violating the Lacey Act.

Henry Juskiewicz insists the wood is from a sustainable source, and the dispute is really over tariff coding. Gibson has letters from the Indian government supporting its interpretation, Mr Juskiewicz says, but they have not been made public.

The two Gibson cases are the first cases under Lacey since forest products were added to the legislation in 2008, according to Scott Paul, director of forest campaigns for Greenpeace USA.

Despite the criminal probe, there is “no suggestion that the Indian wood was cut illegally,” he says. Instead the debate rests, as Henry Juskiewicz contends, on the tariff coding.

Natalie Swango, manager of Luthiers Mercantile, the California-based import firm that brought the Gibson wood into the US, says there are clear dangers of criminalizing the import of legally sourced wood.

The 2009 Gibson raid, though, could have more serious repercussions. In that case the firm is suspected of knowingly importing wood from Madagascar that was cut illegally.

Instead of threatening the future of America’s guitars, though, one veteran musician hopes the furor can prod the industry towards a sustainable future.

Failing to protect global forests could lead to changes in the ways guitars are designed and constructed, Mr Juber adds. That’s not something guaranteed to preserve the musical experience as we know it, and it’s something he wants to prevent.

In Nashville, Billy Jack was not thinking about the trees felled to craft his new Les Paul. He had faith his favorite guitar maker would come good in the end. 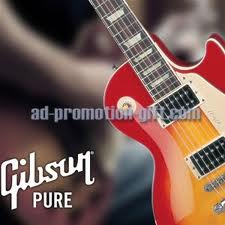