Palladium is primarily used for industrial especially in the car industry and as components to electronic and computer devices.

In recent years, however, palladium become increasingly popular in jewellery; and that’s largely due to economic reason. At a time when household budgets are being squeezed, the market prices for precious metals have also skyrocketed.

Palladium became the fourth recognized precious metal alongside gold, silver and platinum, which means that any palladium jewellery sold must be hallmarked to show exactly how much palladium it contains.

The most common form of palladium for jewellery is palladium 950, which means that it’s 95 per cent pure palladium and just 5 per cent other metals or alloys from ruthenium and gallium, to copper and cobalt.

Among the Hollywood celebrities who are fans of the precious metal are: Christina Hendricks who sported jewelries made of palladium at the recent Emmy Awards, Sarah Jessica Parker, Julianna Margulies and Kelly Osbourne have all been pictured wearing palladium novelties, while Vivienne Westwood chose the material for her very first precious metals jewellery collection.

Jewelers in Britain frequently suggests palladium as an alternative to customers who find the price of platinum or white gold expensive.

To familiarize oneself as to the physical features of palladium, it’s greyish silvery color and is virtually indistinguishable from platinum. Like platinum, it keeps its color over time as it won’t tarnish like silver and, unlike white gold (which is coated with the silvery metal rhodium that can wear off) doesn’t need to be plated, as jewelers put it.

For earring aficionados where the weight can be an issue, palladium has a distinct advantage of being lighter over platinum or gold, it is about half the weight of platinum and two thirds of the weight of 18 K white gold.

Besides, palladium is quite rare, and that could be a good investment prospect. There’s around 40 times more gold than palladium in the world, and while palladium is not particularly well known for jewelry use at the moment , but as more people discover its potentials, eventually demand would increase, and so with the prices, according to Nigel Dunn, the head of buying and retail at Lincoln-based jewelers John Greed in the UK.

Anyone wouldn’t be surprised to see palladium prices outstripping those of other precious metals in the future because of increasing demand but not enough supply of the metal, according to jewelers. 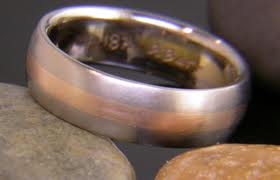