General practitioner diagnoses of allergic rhinitis in the UK, which includes hay fever that has risen by 30 percent between 2001 and 2005.

It has been thought that higher temperatures might have caused plants to produce more pollen.

But by comparing pollen counts during relatively hotter and relatively cooler years, this latest study found temperature was not the cause.

According to Annette Menzel from the Technical University of Munich other possible factors were considered, like the increase in the amount of pollen which could have been related to land use changes and temperature, but they haven’t found so far any evidence to sustain it.

The only possible effect left would be the carbon dioxide effect which is of experimental common knowledge does promote the amount of pollen that trees produce.

Carbon dioxide emissions may be raising pollen counts and hay fever and other allergies and accordingly appear to be rising across Europe.

Researchers from 13 EU nations analyzed pollen levels for more than 20 species of tree and plant.

They found that many, including several that cause allergies such as hay fever, correlated with rising CO2 levels.

Presenting their study at the European Geo-sciences Union (EGU) annual meeting, scientists said city planners might need to review which trees they plant.

Perhaps the most intriguing finding was that pollen counts have generally increased with CO2 inside cities, but not outside.

The researchers suggest this could be down to the longer lifetime of ozone molecules outside urban areas.

Pollen grains under a microscope Pollen causes inflammation of the air passages by stimulating the immune system. The gas is known to disrupt plant growth. 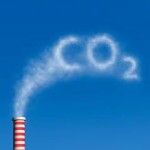