Promoting or maintaining the vigorous growth of trees is one way to prevent infestations of the varicose borer, a major pest of the eucalyptus variety known as bagras.

Bagras, a native eucalyptus from Mindanao, Philippines, is grown in industrial tree plantations. The larvae tunnel under the bark and feed on the tree’s inner portion and outer wood.

The stems and branches of severely infested trees are riddled with tunnels,causing them to die prematurely.

A study made by the Paper Industries Corporation of the Philippines (PICOP) found that only weakened trees were palatable to the varicose borer, so called because of the telltale varicose vein like signs on stems and branches.

The study looked at the resistance to infestation of weakened trees, topped trees (TT), where top branches were cut and girdled pruned trees (GPT) whose middle part was pruned.

The study was made to determine the attractiveness of native bagras trees having different levels of stress and their suitability for the development of varicose borers.

PICOP’s Forest Research Department found that TT and GPT were found attractive to adult varicose borers while healthy trees were not.

Three months after exposure to infestation, 100 percent of TT and 12 percent of GPT became infested in varying degrees.

This suggests that varicose borers prefer weakened or stressed bagras to healthy or vigorous trees, the study says.

Three months after exposure to infestation, 6.4 percent of the varicose borer larvae in TT had development whereas in GPT all varicose borers were still in their larvae stage.

This indicated, the study says, that varicose borers took a longer period to complete their development in GPT.

TT ceased growing after their crowns were removed. GPT on the other hand, had 10 percent of the bark at the girdled portion still intact and with the leaves of not pruned branches producing food for the tree.

In each stand, 15 dominant and healthy trees were selected and artificially weakened by cutting their stems one meter above the ground.

Their barks was also removed from 90 percent of the circumference of the stems, 15 centimeters above the ground. 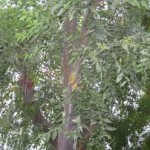 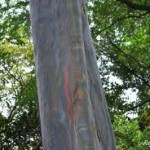 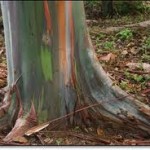