Denise Cote, the District Judge of Manhattan has ruled out that Universal Music Group (UMG), is the rightful owner of the copyright to five albums that Bob Marley recorded between 1973 and 1977 under Island records.

The hits “Get up, stand up,” “No Woman, No Cry,” “One Love,” and “I shot The Sheriff” are contained in these albums, all of which Marley recorded with the Wailers, under the Island record label, a subsidiary of UMG.

Bob Marley’s heirs accused UMG of withholding royalties, reneging on a previous agreement, as well as failing to consult the heirs company, Fifty Six Hope Road Music Ltd., on key licensing decisions which includes the use of Marley’s music as ring tones on AT&T, Sprint and T-mobile phones.

The judge concluded that Marley’s recordings were “works made for hire” as define under the US Copyright Law entitling UMG to be the designated owner of all those recordings.

“Each of the agreement provides that this sound recordings were absolute property of Island entered the recording agreement with Island record is beside the point.”

Cote believe it was irrelevant that Marley might have maintained artistic control over the recording process and that Island had a contractual “right” to accept or reject what the late singer produced. 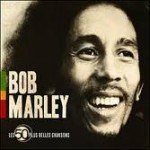