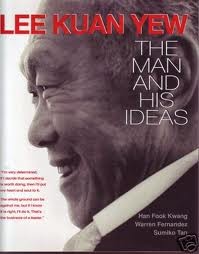 Lee Kuan Yew, whose Asian model of economic prosperity and tight social control made him one of the most influential political figure of Asia. His title now, is minister mentor, a powerful presence within the current government led by his son, Prime Minister Lee Hsien Loong.

He was the prime minister of Singapore from its founding in 1965 until he stepped aside in 1990. Mr. Lee built what he called “a first world in a third world setting” praised for the efficiency and incorruptibility of his rule but accused by human rights groups of limiting political freedoms and intimidating opponents through libel suits.

He defended his actions as necessary to protect his name and he dismissed criticisms by western reporters an “absolute rubbish”. “I’m not saying that everything I did was right,” he said, “but everything I did was for an honorable purpose. I had to do some nasty things, locking fellows up without trial.”

In looking back over his life, Mr. Lee returns to his moment of greatest anguish, the expulsion of Singapore from Malaysia in 1965, when he wept in public. That trauma presented him with the challenge that has defined his life, the creation of a stable and prosperous nation, on guard against conflict within its mixed population of Chinese, Malays and Indians.

In a long, unusually reflective interview, he talked about his struggle to build a thriving nation and this resource poor island, and his concern that the next generation might take his achievements for granted and let them slip away.
The question in Singapore today is how long and in what form his model may endure once he is gone?

Younger people’s demands worry Mr. Lee. Their demands for more political openness and a free exchange of ideas, secure in their well being in modern Singapore is what they wanted.

However, the kind of open political combat they demanded would inevitably open the door to race based politics and “our society will be ripped apart,” Mr. Lee pointed out. “They have come to believe that this is a natural state of affairs, and they can take liberties with it.” 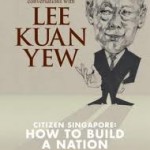