An investigation by the Health Protection Agency (HPA) of cases of hepatitis A from July to December last year revealed the total of seven cases in which sun dried tomatoes were implicated.

The hepatitis A was identical to a strain from a previous outbreak associated with sun-dried tomatoes in the Netherlands.

Seven people developed symptoms of hepatitis A, which is infectious and can lead to fatal liver complications.

Four of them were hospitalized by the illness but have now been given the all-clear.

Neither of the patients had traveled to a country with a high risk of hepatitis in the previous three months and both had eaten ‘substantial’ amounts of sun-dried tomatoes.

However, health protection officials fear contaminated samples or other foods containing them could still be on sale or lurking in kitchen cupboards.

This is because they are unable to test food for the virus and do not know which brand of sun-dried tomato is responsible.

The British government’s HPA are on the alert for further cases after the two men and five women became ill.

Previous hepatitis A outbreaks have been linked to sun dried tomatoes, which have become an increasingly popular ingredient in middle class kitchens and favorite of TV celebrity chefs.

The virus is carried by human feces and can be passed on through contaminated food or water, especially as a result of poor hygiene during the preparation of food.

Symptoms appear around 28 days after infection and include aches, loss of appetite, abdominal discomfort, fever and fatigue. Patients may also develop itchy skin and jaundice which can last several months.

In the most serious cases, acute hepatitis A can develop into fulminant hepatitis A in which toxins attack the liver, leading to life-threatening complications.

Hepatitis A is diagnosed by a blood test, but there is no treatment other than rest and fluids.

It is the only common food borne disease preventable by vaccine before it could infect to anyone. Once infected around half of these patients will need a liver transplant to survive. 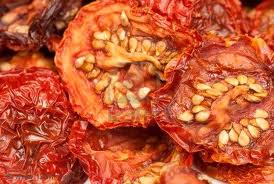