There’s no mystery about what’s behind the soaring rates of diabetes 2.

If you constantly eat high glycemic index foods such as junk food that’s packed with sugar, refined carbohydrates such as cakes and white bread this pushes up the amount of sugar in your blood.

Insulin has to work overtime, turning glucose into fat and sweeping it into storage.

The key to diabetes, and very possibly to Alzheimer’s, is insulin resistance.

Insulin is so important to the proper function of the brain that it makes its own supplies.

But if glucose levels keep shooting up after meals, insulin resistance kicks in, and the relationship between neurons and insulin starts to break down, and the brain suffers damage.

Insulin resistance is being linked with formation of the plaques, deposits of damaged protein, that are a classic sign of Alzheimer’s.

‘A high fructose diet over the long term alters your ability to learn and remember information,’ says research leader, Fernandez Gomez-Pinilla, a professor of neurosurgery.

Scientists increasingly believe Alzheimer’s is linked to type 2 diabetes, so closely linked, in fact, it’s even being called ‘brain diabetes’ or type 3 diabetes.

Earlier this year, an Australian team scanned the brains of 300 older people who didn’t have dementia.

The brains of those with diabetes shrank up to two and a half times faster than normal.

This shrinking occurred most in the frontal lobe that controls many functions damaged by Alzheimer’s, decision making, emotional control and long-term memory.

What makes the theory linking type 2 diabetes and Alzheimer’s so convincing is that both are increasing at similar rates.

Drugs already used to treat diabetes might benefit Alzheimer’s patients or even stop the disease developing.

The latest approach, is to boost insulin levels in the brain directly.

There is still work to be done to understand all the connections, as not everyone with diabetes develops Alzheimer’s and vice versa, says Dr Sutherland. 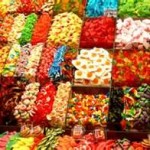