The US Secretary of State, Hillary Clinton, has said North Korea should not go ahead with its planned rocket launch if it wants a ‘peaceful, better future’ for its people.

Both diplomats talked of ‘appropriate action’ if the launch goes ahead.

Gemba spoke of US-Japanese cooperation if North Korea goes ahead with the launch of a rocket it says will put a satellite into orbit, an event that most of the rest of the world sees as a disguised missile test.

However, a North Korean official has dismissed concerns that the launch is a cover for developing missile technology as ‘nonsense’.

North Korea says that the launch, scheduled to take place between 12 and 16 April, is part of the peaceful development of a space program, and will mark the 100th anniversary of the birth of its late leader Kim Il-sung.

Japan and South Korea have warned they will shoot the rocket down if it threatens their territory.

Airlines in the region have announced route changes to avoid the rocket’s trajectory.

Russia, a former backer of North Korea which has boosted economic ties with Pyongyang, denounced the program.

The South Korea’s Unification Ministry said in a statement, “It is disappointing that the North is forcing its people to endure sacrifices with this provocative action and is bringing isolation and sanctions to itself from the international community.”

The rocket will bisect a sea that separates South Korea and China and its flight path will take it towards the Philippines where a second stage of the rocket is due to come down in waters close to the archipelago.

The usually secretive North Korea organized an unprecedented visit for foreign reporters to Tongchang-ri space center in an effort to show its Unha-3 rocket is not a disguised ballistic missile, as claimed by the US and its allies.

The US ambassador to the UN, Susan Rice said, the Security Council would have to respond swiftly and credibly if the launch goes ahead. 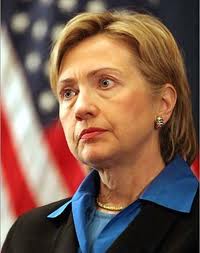