The invention of vaccines is no doubt, one of the greatest thing that had happened in medical science. The medical accomplishment it has done in providing immunity from various illnesses cannot be discounted, the world would have still be struggling to eradicate various deadly diseases if it were not of the medical breakthrough.

Once given the immunization, one can now be protected from these contagious viruses. We all know that vaccines have done wonders for the world: it has stopped smallpox, eliminated polio ( in the western hemisphere), controlled measles and dramatically reduce cases of virus borne diseases.

According to research six million deaths are prevented and seven hundred fifty thousand children are saved from disability every year due to immunization, their continuing endeavor, however, has not been enough because many children and adults are still not getting the proper vaccination due to its high cost.

The Department of Health (DOH) in coordination with a leading pharmaceutical company that manufactures innovative medicines and vaccines has provided free vaccination to the public, especially the indigents. The latter, which has been committed to improving the quality of human life worldwide has distributed more than 1.1 billion doses of vaccines to one hundred sixty nine developed and developing countries in 2006.

Of these vaccine doses, approximately one hundred thirty six million were doses of combination which protect the world’s children from up to six diseases in one vaccine. To date, vaccines are the most effective intervention in reducing the return of infectious diseases.

We have to bear it in mind however, that individuals who already had it still are not guaranteed one hundred percent immunity from the diseases, but with proper vaccination we can be sure  that we will have fewer mortality, fewer permanent disabilities, shorter periods of suffering and milder problems. 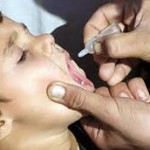 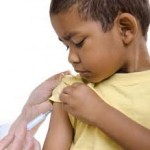