Contrary to what every Christian believes, it was not Jesus Christ nor his disciple Peter was the founder of  modern Christianity, but it was Paul of Tarsus also known as Saul, the Roman centurion who was once responsible in persecuting the early classic Christians prior to his alleged conversion and later known as “St. Paul”, when he proclaim himself to be an apostle of Jesus Christ based on his story of his way to Damascus road incident.

Within a span of time, he started all the staggering innovations on the classic religion, in the guise that what he has done comes from what Jesus Christ has instructed and revealed to him. He was then responsible in carving a niche for a new version to the very basic foundation of Christendom from its classic form into what Christianity is known today.

Paul’s influence and power is unprecedented in any event of human history that Christian scholars who were compiling the “New Testament” seemed to favor Paul’s teachings rather than that of Jesus Christ by their inclusion of Paul’s letters and his works in the compiled scripture of what is known today as the “Holy Bible”.

No less than thirteen epistles in the new testament with special mention of the Acts of the Apostle are attributed to Paul’s authorship and it comprises a quarter of the new testament though only seven of them as Christian scholars suggest, are authentic works of Paul. These are Romans; I and II Corinthians; Galatians; Philippians; Philemon; and I Thessalonians.

It can be noted that the longer part of the Acts of the Apostle is devoted to glorifying Paul to portray him as  a just man and the credible apostle of Jesus Christ, however, the impression of Paul’s importance, both as leader and teacher in the Nazarene movement established by Jesus, and led in Jesus’ absence by his brother James, the Just, is by Paul’s own testimony is fictitious.

The innovations made by Paul on the religion through his letters and teachings has opened the door to a series of man made doctrines and beliefs pass on by the church, a complete deviation and transformation of the true message originally preach and taught by Jesus Christ.

Among the innovations made by Paul, except for item c) the rest were later affirmed and sanctioned by the church in the Council of Nicea in the year 325 CE were as follows:

a) The doctrine of trinity which is a pagan inspired tradition that attributed God in more than one person.

b) The divinity of Jesus Christ, to support and justify the trinity doctrine making Christ part of godhead, being the “begotten son” of God, thus making it appear that God has a family.

c) Meat of swine (pork) all along forbidden since time immemorial by the prophets sent by God and by God Himself to eat, in no time allowed and approved by Paul for human consumption.

d) Paul’s doctrine of salvation is anchored on pagan tradition of salvation through crucifixion which is now the basic doctrine and belief of the modern day Christianity. A departure to the salvation preached by Jesus Christ, which is based on true monotheism and individual accountability for its deeds and sins.

Paul, with all of his intention and purpose has successfully edify Jesus Christ to be part of the godhead being the “begotten son of God” who was crucified for mankind’s sins thus reinforcing and sealing the belief of the doctrine of trinity and the religion of convenience with no more individual accountability for its deeds and sins.

Paul must have driven and motivated the changes when one day during his ministerial debut, he has found out that monotheism or the belief of one God on one hand, and one who would be accountable to his deeds on the other hand, are not that appealing among the pagans and gentiles whom he wanted them converted into his fold because they consist of the biggest number of the populace during that time.

In his desire to win them, he accorded the changes based on their traditions. With the changes, Paul has established a completely different version of Christianity, apart that of Jesus Christ, which was solely accorded to the pagans and gentiles and thus championing their cause. Not long enough Paul’s established religion becomes so influential and powerful in Europe and the nearby environs.

It was during the reign of Emperor Constantine that Paul’s established church has gained the needed break which has to help quell the emperor’s woes. Constantine’s empire is marred with insurgency and the church of Paul fills and serves as the blocking force to reckon with and eventually it has been instrumental in stopping them with big success.

To return that favor, Constantine himself has converted to Paul’s brand of Christianity and has made a  decree  to formally declare the religion of Paul to be the empire’s state religion and all other religions were prohibited to practice and declared them illegal.

Since then, it was the Pauline Christianity( trinitarian) who has been dominating the scene at the expense of other religions and the the classic Christians (unitarian) though their number are dwindling had never abandoned their cause but remained steadfast more than ever to their faith based on the original message and teachings of Jesus Christ. 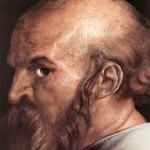 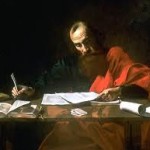