Paul McCartney’s son, James told the BBC website that he and John Lennon’s son Sean, George Harrison’s son Dhani, and Ringo Starr’s son Zak Starkey had mooted the idea of forming “The Beatles – The Next Generation”.

Asked if the band realistically could happen, the singer added, “Yeah, hopefully, naturally. I don’t know, you’d have to wait and see. The will of God, nature’s support, I guess. So yeah, maybe.”

Zak Starkey became a drummer like his father Ringo Starr and has played with bands including The Who and Oasis.

James McCartney launched a solo career as a singer and guitarist and was playing a gig Tuesday in Liverpool, north-west England, at the famous Cavern Club where The Beatles first made their name.

The Beatles, known also as the mop top quartet because of their hair style hailed from Liverpool, England. They became one of the world’s most popular and sought after band in the 1960s.

Triggering a wave of Beatlemania across the world for their hits like “I wanna Hold Your Hand”, “I Should Have Known Better” and “While My Guitar Gently Weeps.” They split in the early 1970s, and went on to solo careers.

The younger McCartney is currently launching his own music career where his two EPs have been co-produced by his father, who at 69 is still active in the industry.

His lineage to his father a famous musician has helped him in his career, welcoming some comparisons between himself and his father.

‘He might not be as good as his father but definitely the influence is there’, according to the younger McCartney. 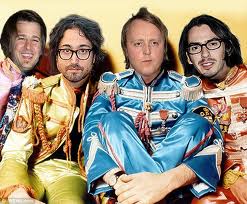 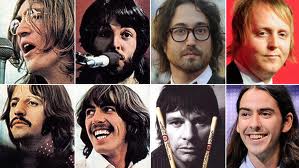