According to scientists, chemical known as pheromone is the reason why animals in the opposite sex attract each other.

It is believed that animals usually the females release this chemical to attract their potential mates.

It is also for this reason that the perfume industry are capitalizing on pheromone as a way to increase one’s sexual attractiveness to the opposite sex. Animals like the whales and the musk deer were hunted down for this chemical.

Moreover, scientists are now determining the existence of pheromone in humans. If there is one, how important its role in mate determination.

However, there had been many conflicting opinions in the field of biology,chemistry, genetics and psychology noted.

Most scientists believed that pheromone does not exist in humans but a new research that is conducted by Swiss researchers from the University of Bern led by Klaus Wedekind has suggested it otherwise and that had made these scientists reassessed their stand.

The Swiss experiment involved women sniffing the cotton shirts of different men during their ovulation period.

It has been found that women prefer the smell of men’s shirt that were genetically different in which such preference and approach were noted as with close resemblance to animals.

But researchers cautioned that preference for a male odor is also affected by women ovulation period, the food that men eat, perfumes and other scented body products and the use of contraceptive pills.

In the perception of human personality, a research has been conducted by E.C.Klohnen and S.Lou in 2003 regarding interpersonal attraction and personality where it has been found that a person’s sense of self security and at least the person’s perception of his or her partner were found to be strong determinants of attraction in hypothetical situations.

That there is a preference of certain personality type that a person is attracted to which can only be verified through time and close interaction.

It is the perception as to why a person is attracted to a potential partner whether that person of your affection truly has the kind of personality or not.

This could be attributable to the statement commonly heard from men and women on their failed relationship due to incompatibility.

It is the attraction that makes you notice a person from the opposite sex, but once you get to know the person more, attraction is just one consideration. What is more significant are common shared values, dreams, and passions that really matter in long-term relationships.

More than trying to become physically attractive, you need to work on all aspects of your life, be it health, emotional, mental, and spiritual. Physical attraction is still a precursor though. It is still your disposition to choose your partner that may deem suit to your own personal interest.

Remember, that common sense, predisposes you to choose the partner with the healthiest genes and where you are at ease and emotionally compatible to be with. As far as emotion is concerned, just ask this to yourself: would you want to spend time with a person who feels insecure about himself or herself? Probably not!

There is wisdom in knowing yourself of who you are, your beliefs, values, and dreams. Do not pretend to be someone when you are not. Fooling another person by making him or her think that you share the same values and beliefs is only going to cause you both disappointments. When you are healthy in almost all aspects of your life, attractiveness becomes moot and academic.

As outlined in the Klohnen and Luo’s research, a person’s sense of self-security matters, perhaps even beyond attraction. Just remember that you do these things not for other people but for yourself. Only then can you truly harness of being attractive as a person. 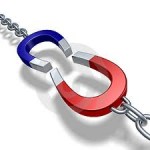