Manny Pacquiao’s fight against Juan Manuel Marquez last November of 2011, no one has thought the fight would last the full distance.

With an 8:1 ratio in favor of Pacquiao against Marquez, bookmakers, bettors and boxing aficionados firmly believed that Pacquiao would knockout Marquez and the bout would not go the distance.

Most bettors were not betting the defeat of Marquez against Pacquiao because there were no so much takers on the opposite side, to them it was already a foregone conclusion of a Pacquiao win but what they were actually betting was what round would Pacquiao knockout Marquez which gave the bettors on the opposite side the chance to win and a run for their money.

The problem arose when that speculation of a knockout of Marquez by Pacquiao didn’t happen. Sad to say, most of the bettors lost their money when their expectations turn into a nightmare, when many believe Marquez won the fight.

Most of these people were fans of Pacquiao not only they were disappointed but to the big bettors, they were monetarily devastated.

To get away from embarrassment and calm down the situation, Pacquiao has to stay about two weeks in the US before coming home to the Philippines.

When Pacquiao was already home he preferred not to parade himself with his entourage in Metro-Manila to avoid embarrassment and the antagonistic stares of his countrymen. He felt the guilt of not being able to deliver of what was expected from him.

Since that incident, Pacquiao had lost legions of fans and his countrymen adoration of him lost its luster. The reality is, people are there with you when you are up but when you are down that would be something that they don’t want to be associated with. ‘You laugh and the world laugh with you, you weep and you weep alone’, that’s the sad truth.

Recently, the Catholic Bishops Conference of the Philippines (CBCP) has anointed Pacquiao to be their bible ambassador, which Pacquiao accepted.

Turn of events had unraveled, the Pacquiao – Mayweather fight did not materialize, Pacquiao-Cotto was supposedly their best option but Miguel Cotto prefers Floyd Mayweather jr. as his opponent instead.

So it left Pacquiao, Bradley as his last option. Pacquiao knows that Bradley has a solid amateur record, undefeated, younger than him and a hungry fighter he is, who is more than willing to do whatever in his arsenal to dethrone him.

Lately, Pacquiao made a stir when he told the media in an interview that he has spoken to God in his dream, that God told him to quit boxing which could be a prelude that his next assignment of Bradley is something that the most difficult fight of his career that if he will not be victorious in his upcoming fight with Bradley that means that he has a good alibi to reckon with.

People are just wondering why Pacquiao made such a statement in time that he has to make amends of what to do over his dwindling popularity to entice back his fans to his fold.

If God has spoken to Pacquiao in his dream as he alleges, foremost that God would tell him is to abandon politics and not boxing.

If money they say is the source of all evils so with politics. Cheating, telling lies, hypocrisy, mudslinging, demolition job, vote buying, rigging election results, electoral sabotage, abuse of power, ballot box switching, making threats, coercion, graft, corruption, malversation of public funds and haughtiness are just but a few among the many evils in politics that can turn a person into a living devil.

Being a servant of God in essence is not that easy without anointment from Him, because it would be a total sacrifice and derailment of worldly life to the anointed.

He has to abandon fame and all material things in this life in exchange of God’s favor to be a model and an instrument of righteousness and piety.

The question is, is Pacquiao ready to accept this kind of spiritual endeavor where he will be deprived of almost everything?

This is a billion dollar question he has to answer. If his answer is in the negative, it is safe to say that what he experiences is not actually a dream but a
hangover. 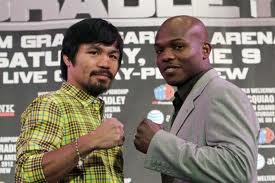