Paul’s claim that he is an apostle of Jesus Christ was riddled with controversy and was staunchly opposed by the early believers of Jesus’ ministry as an enemy of the true gospel of Jesus Christ.

One of the early believers, the Ebionites had been critical to the pagan inspired innovation of Paul and maintained that his alleged vision on the road to Damascus was a demonic hallucination.

Numerous discrepancies of Paul’s alleged conversion story were obviously noted relative to Acts 9:3-7, Acts 22:6-9 and Acts 26:12-15. In comparing the three accounts, Paul not only contradicted them but he also made the differing variation of his declaration in the three accounts of his story.  Here are excerpts of what Paul has declared:

“And as he journeyed he came near Damascus, and suddenly a light shone around him. Then he fell to the ground and heard a voice saying to him, ‘Saul, Saul, why are you persecuting Me?’ And he said, ‘Who are you Lord?’ And the Lord said, I am Jesus, whom you are persecuting. It is hard for you to kick against the goads.’ So he trembling and astonished, said, ‘Lord what do you want me to do?’ And the Lord said to him, ‘Arise and go into the city, and you will be told what you must do.’ And the men who journeyed with him stood speechless, hearing a voice but seeing no one. Then Saul arose from the ground, and when his eyes were open he saw no one. But they led him by the hand and brought him into Damascus”. (Acts 9:3-8).

“Now it happened, as I journeyed and came near Damascus at about noon, suddenly a great light from heaven shone around me. I fell to the ground and heard a voice saying to me, ‘Saul, Saul, why are you persecuting Me?’ So I answered, ‘Who are you Lord? And he said to me, ‘I am Jesus of Nazareth, whom you are persecuting.’ Now those who were with me indeed saw the light and were afraid, but they did not hear the voice of Him who spoke to me”. (Acts 22:6-9)

“While thus occupied, as I journeyed to Damascus with authority and commission from the chief priests, at midday, O king, along the road I saw a light from the heaven, brighter than the sun shining around me and those who journeyed with me. And when we all had fallen into the ground, I heard a voice speaking to me and saying in the Hebrew language…”(Acts 26:12-14)

The credibility of Paul’s story is highly suspicious because it has not been duly corroborated by his companions who journeyed with him. Neither they supported him nor stand as his witnesses that such an incident really happened and not just a fabricated story from Paul. Without an iota of doubt, nevertheless, Christian scholars accepted Paul’s words and his declaration as true. This is evident by their inclusion of all Paul’s epistles in the compiled ‘new testament’ of the bible.

Moreover, the conversion aspect of Paul’s story did not end there, but another related account of his alleged apostleship is equally riddled with contradictions. In Acts 9:10-15, we are told that Ananias was sent by Jesus to commission Paul to be an apostle to the Gentiles, Kings and Israelites.

In Acts 22:10-15, we are told that Jesus in a vision sent Paul into Damascus where he would be told what it was that he was to do, and that it was Ananias, a devout man of the law, who directly commission him.

But in Acts 26:16-18, we are told that Jesus commissioned Paul himself  right there on the road to Damascus. All three accounts seriously contradict each other as to how Paul was allegedly converted to the Nazarene movement and commission to be an apostle.

His alleged loss of sight for three days is due to the Damascus incident is narrated in Acts 9:8-9. In light of this blindness attributed to the experience Paul had, one has to wonder that Moses, Aaron and Hagar, witnessed within the human limits of the Glory of God (Exodus 3:1-6; 19:19-24 and Genesis 16:13) and none of them was blinded for any length of time. Yet, we are told that Paul lose his sight for three days after seeing not God, mind you, but Jesus.

It has been suggested by some writers that Paul was brooding over the death of Stephen whom he was partly responsible and which deeply affected his sanity, when he suddenly had some kind of traumatic experience, perhaps an epileptic seizure, or he fell on the ground because of the heat of the sun, which caused him to believe in his troubled mind that he heard the voice of Jesus reproaching him for his deeds.

Another prevalent suggestion, is that it is part of a much greater conspiracy to subvert the true gospel of Jesus Christ from spreading and replaced it with Nicolaitan inspired innovation whose doctrines Paul embraced were deeply rooted in the pagan thought of his day. The doctrines were more appealing to the pagans and gentiles, notwithstanding, of Paul’s intention in advancing their cause whom he wanted to represent them as their apostle which constitute the majority of the populace during that time.  Paul probably knew that in any religious congregation or in establishing a church number matters because power and influence would come from within politically and easily especially if it has a large following.

Another setback of Paul’s credibility is further damaged by his partial admission in Galatians that his conversion story is fictional. His admission along with numerous discrepancies in his story, raises a very serious question that his alleged conversion was indeed a hoax . 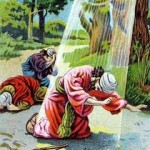 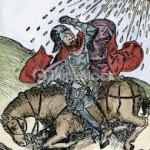