“I’ve decided it’s time for me to let go of my mistress American Idol before she boils my rabbit,” a statement made by Steven Tyler announcing his voluntary departure from the musical show.

The news was a foregone conclusion to some, a surprise to others and a welcome delight for the thousands of Aerosmith fans aching for new material.

With Tyler’s decision it means that he has now more time to spend with his band which a tour is planned to coincide with new album Music From Another Dimension, due out November 6.

In some way, Tyler affiliation with the Fox show put his band back on the map in a way that doesn’t cost millions of dollars in promo.

As an American Idol judge, the Aerosmith frontman pocketed millions of dollars, raised his profile and saw a sizable boost in music sales from his two-season tenure on the Fox series.

It has also introduced the rocker to a new, younger audience; and prompted an upsurge in catalog sales to the tune of 250 percent.

It has scored several high-profile gigs, including an Aerosmith performance at Wal-Mart’s annual shareholders meeting, paving the way for an exclusive album release with the big-box retailer?

An appearance on 60 Minutes and the cover of Rolling Stone is not bad for Tyler’s few months’ work.

As for Tyler, who declared in his exit statement that he’s devoting the next few years to “the ultimate in auditory takeover” and “kicking some serious ass,” he may be missed at the Idol table but not nearly as much as he is on the world stage. 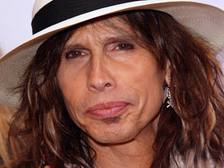