The Institute of Medicine (IOM) panel couldn’t even find a good estimate of how many people identify themselves as lesbian, gay, bisexual or transgender.

It stressed that these are separate populations that require separate assessments of their health needs at different ages.

Stigma often keeps lesbian, gay, bisexual and transgender (LGBT) people from seeking health care, and when they do, there’s little research to guide doctors in their treatment, the Institute of Medicine (IOM) has reported.

But to the gay-rights community, the recommendations from such a prestigious scientific group promise to legitimize a quest for greater health equality.

Changing that starts with a seemingly simple step: Researchers should start asking people about their sexual orientation and gender identity, just as they routinely ask about race and ethnicity, in all government-funded health studies, the panel concluded.

Numerous surveys, done by phone or sometimes in person, track Americans’ health patterns by a variety of demographics, and the report recommends adding questions about sexual orientation and gender identity to those surveys as a necessary starting point.

It also urged particular attention to the impact of stress on LGBT people who may also be part of a racial or ethnic minority group.

California is one of the few states where researchers collect data on LGBT health issues. This week, the University of California Los Angeles (UCLA) Center for Health Policy Research reported that older gay, lesbian and bisexual Californians are more prone to some problems of aging, including high blood pressure and psychological distress than their heterosexual counterparts.

Moreover, they are more likely to live alone in their senior years, without children or partners to provide care and support.

In addition, laws barring same-sex marriage often limit access to health insurance, and there are few health providers trained to treat transgender patients in particular in a culturally competent manner, the report said. 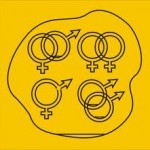 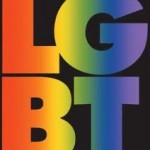