The atomic bomb crisis of Nagasaki and Hiroshima in 1945, was a horrible scenario that Japan has ever faced which abruptly and formally ended World War II.

Now, Japan is experiencing its greatest hardships since World War II as it tackles the aftermath of an earthquake, tsunami and a growing nuclear crisis, Prime Minister Naoto Kan, said in a statement.

The 8.9 magnitude earthquake compounded with tsunami and the quake-hit Fukushima nuclear plant after an explosion at a reactor to another worst crisis that Japan has to face.

The death toll in tsunami-hit Miyagi prefecture alone could exceed 10,000 people dead. About 310,000 people have been evacuated to emergency shelters, many of them without power, Japanese broadcaster NHK reported.

While millions of survivors remain without electricity and authorities are stepping up relief efforts as the scale of the tragedy becomes clearer.

Officials earlier announced that the number of troops helping with rescue operation in the affected north-east region would be doubled to 100,000.

“The current situation of the earthquake, tsunami and the nuclear plants is in a way the most severe crisis in the past 65 years since World War II,” Mr Kan said.

“Whether we Japanese can overcome this crisis depends on each of us.
“I strongly believe that we can get over this great earthquake and tsunami by joining together” he concluded. 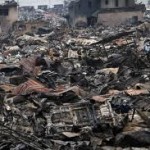 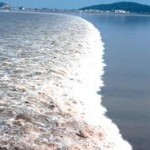