Rice is not a staple food in the US and the Harvard study is one of the first to distinguish between white rice and brown rice consumption in the country.

Brown rice is a whole grain while white rice is high in fiber and nutrients before it has been refined, polished and stripped of the bran covering.

Brown rice also has a lower glycemic index than white rice, which means it doesn’t cause blood glucose levels to rise.

Researchers at Harvard reports that Americans who eat two or more servings of brown rice a week reduce their risk of developing Type 2 diabetes by about 10 percent.

Those who eat white rice on a regular basis, five or more times a week, are almost 20 percent more likely to develop Type 2 diabetes.

Just replacing a third of a serving of white rice with brown each day could reduce one’s risk of Type 2 diabetes by 16 percent, a statistical analysis showed. A serving is half a cup of cooked rice

According to Dr. Qi Sun, an instructor in medicine at Brigham and Women’s Hospital, which is affiliated with Harvard Medical School, there were many possible explanations for why brown rice eaters are at lower risk for Type 2 diabetes.

Aside from having a low glycemic index than white rice, brown rice also contains important nutrients like magnesium that are stripped during the refining process; it also contains much more fiber.

Earlier studies have found that having these nutrients in the diet protects against diabetes, Dr. Sun said. 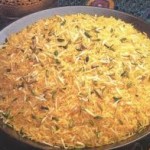 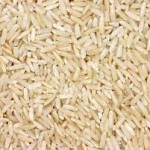