In Japan more than one in three Japanese will be over 65 years old by year 2055, as the working age population falls by over a third to 52 million.

Its population accordingly will reduce by almost a third to 90 million within 50 years according to government estimates.

The shrinking population is their biggest problem and the country is fighting for its survival according to Hidenori Sakanaka, director of the Japan Immigration Policy Institute, an independent research organization.

Sakanaka further said, that in spite of everything, America manages to stay vibrant because it attracts people all over the world while Japan is content to all but shut out people from overseas.

Aside from facing an impending labor shortage as its population is getting older, Japan has done little in encouraging immigration.

In the contrary the Japanese government are urging their foreign labor as well their foreign students who graduated from their schools and universities to return to their country of origin.

There are various obstacle as to why immigration in Japan is not that easy, foremost is, its restrictive immigration laws that bar the country’s struggling farms and workshops from access to foreign labor.

It also driving some to abuse trainee programs for workers from developing countries, or hire illegal immigrants.

Stringent qualification requirements make a hard time for skilled foreign professionals to land a job in Japan while a web of complex rules and procedures discourages to set up a business in Japan.

In 2009, the number of registered foreigners has fallen for the first time in almost 50 years. The government has done little to integrate its migrant population.

Children of foreigners are exempt from compulsory education and local schools that accept non-Japanese speaking children receive almost no help in caring for their needs. The result is, many immigrant children drop out from school.

In a move by the Japanese government to ease the labor problem in Japan, it has unveiled a plan to accept about 10 million immigrants, instead of welcoming such development, surprisingly the result showed that majority of Japanese relegated in a poll had vehemently opposed to the idea. 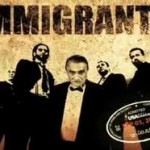 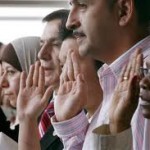