The improved competitiveness of the Philippines in terms of labor cost and the quality of its working force drives Japanese investors to relocate their businesses in the Philippines.

After Japan had suffered triple disasters, of an earthquake, tsunami and nuclear reactor melt down from last year, Japanese businessmen are looking to expand outside their country and are taking a very strong interest in the Philippines.

With labor costs increasing in China, Japanese businesses are looking to returning to the Philippines where they abandoned more than a decade ago due to globalization of trade and investments.

Recent survey by Japan External Trade Organization (Jetro) the Philippines was practically rated as having the least problems for businessmen in terms of recruiting labor, recruiting supervisory personnel, land acquisition or rental and other business concerns compared to its Asian neighbors.

Besides, Philippine government officials were highlighting the reforms being done under the Aquino administration in its commitment to cut bureaucratic red tape and clamp down on corruption.

The Aquino administration’s efforts to sell the Philippines as an ideal foreign investment destination had paid off, rating the country by most Japanese businessmen now as a hospitable haven for business operation and expansion.

Takashi Ishigami, president of the Japanese Chamber of Commerce and Industry of the Philippines Inc., said that some of the firms had already started moving their operations here since last year, viewing the Philippines as a very competitive country.

Ishigami said that most of the companies were engaged in information technology (IT) while some others in automotive parts manufacturing.

He also cited other competitive advantages of the Philippines, including its well educated English-speaking workforce and a much improved infrastructure.

“The business environment here is getting better. At first, only few Japanese companies had interest but now, many of them have interest to invest in the Philippines,” Ishigami said.

Japanese companies were establishing their business presence here, owing to Philippine investment and tax incentives given to foreign investors and they expressed interest in locating their operations in a Philippine economic zone area (Peza) like Calabarzon.

‘There are already 1,700 Japanese companies located here. And we will have more; it can increase by 200 to 300 easily,’ according to Ishigami. 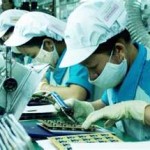