Japanese automakers along with ten energy firms are making a renewed push behind Fuel Cell Vehicles (FCVs), which covert hydrogen into electricity and emit nothing more harmful than water vapor.

The companies are aiming to build 100 filling stations by 2015 in Tokyo, Nagoya, Osaka and Fukuoka, the companies said in a statement.

The companies say that the creation of a hydrogen supply infrastructure network is crucial as manufacturers work to reduce the production cost of hydrogen-powered vehicles in order to make them commercially viable.

Japanese automakers are reducing the cost of manufacturing such systems and are aiming to launch FCVs in the Japanese market in 2015, their aim is to significantly reduce the amount of carbon dioxide emitted by the transportation sector.

Automakers and hydrogen fuel suppliers will work together to expand the introduction of FCVs and develop the hydrogen supply network throughout Japan.

While all electric vehicles such as Nissan’s Leaf or hybrid cars like Toyota’s Prius have hogged the limelight recently, fuel cells are seen as a more powerful alternative , but expensive production and a lack of comprehensive fueling network has been seen as the prohibition.

Toyota, pioneer of hybrids powered by a petrol engine and an electric motor has said that it plans to launch their fuel cell car in 2015 while Honda in 2008 began delivering about 200 FCX Clarity hydrogenated powered cars on lease to customers in the United States, Japan and later in Europe. 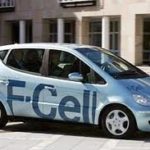 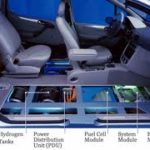 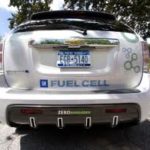