Jennifer Aniston, now happy with boyfriend Justin Theroux, is said to be delighted to learn for her ex-husband Brad Pitt and his new fiance Angelina Jolie are engaged to be married.

The actress, 43, is actually pleased with the situation. According to reports, ‘Jennifer is happy for Brad and Angelina. She is so in love with Justin, that she is really grateful how things turned out.’

Jennifer and Brad were married for nearly five years from 2000 but split in 2005, ending their five year marriage, and the actor was soon linked to Jolie.

Not only Jennifer is only thrilled with the news, the couple’s children have finally got the fairytale they wished for following news their famous parents are set to wed.

‘Brangelina’ as they became known have six children, three biological (five-year-old Shiloh and twins Knox and Vivienne aged three) and three adopted (Maddox, 10, Pax, eight, and Zahara, seven). Their brood are delighted their parents are getting wed, according to a spokeswoman.

Angelina recently revealed in an interview how their kids often asked why there were not married ‘like Shrek and Fiona’.

Brad recently admitted he didn’t feel they’d be to wait that long because of mounting pressure from their children.

‘It seems to mean more and more to our kids,’ he said in January.

‘We made this declaration some time ago that we weren’t going to [get married] till everyone can. But I don’t think we’ll be able to hold out, it means something to me, too, to make that kind of commitment.’

Angelina’s father Jon Voight was among the first to publicly congratulate the pair, telling a weekly periodical, ‘I’m very happy for them.’ 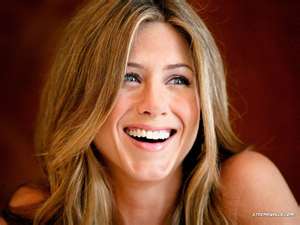