Sources close to Marc Anthony, have revealed that he had a heart-to-heart talk with his wife, Jennifer Lopez a few weeks ago.

But Jennifer revealed to him that she is in love with Casper and wanted to end the marriage. Marc Anthony apparently wanted to reconcile with estranged wife Jennifer Lopez but she decided it was time to move on.

Marc had no idea his estranged wife relationship with Casper had gotten so serious and was ‘blindsided’ by the news, the website reports.

Marc filed for divorce earlier this week after Jennifer told him their love affair was over.

This paved the way to his divorce filing on Monday in Los Angeles County Superior Court, almost a year after the couple announced they were separating last July.

The 43-year-old Latin pop singer cited ‘irreconcilable differences’ as the reason for the divorce, which he filed under his real name Marco Muniz.

The vocalist is asking for joint custody of the couple’s four-year-old twins, Emme and Max but he does not want to provide his richer wife with spousal support, in case she asks for it.

He is also requesting each side pays their own legal fees.

Marc is currently dating Shannon de Lima despite reports that he still has feelings for Jennifer who has found love with backup dancer Casper Smart. 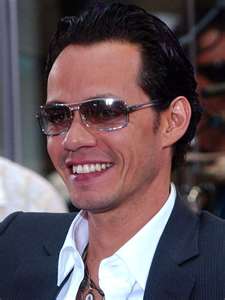