Frenchman Jo-Wilfried Tsonga defeated compatriot Gael Monfils 7-5, 6-3 in the final at the Qatar Open on Saturday.

Tsonga fell behind 3-1 before finding a rhythm to win the first set. The momentum of the game was carried over into the second set when Tsonga broke Monfils to go up 4-2 and won the match.

Tsonga improved his performance to 3-1 against Monfils.

Both players, Tsonga and Monfils reach the finals when the former’s eventual foe Roger Federer withdrew from the tournament due to an injury while the latter defeated Rafael Nadal in the semi finals.

Tsonga was expecting that his Doha success to carry him over to Melbourne, where he was a finalist in the Australian Open in 2008.

However, he refused to predict how deep he can go in the tournament, partly because he didn’t able to face Federer, Nadal or No. 1-ranked Novak Djokovic in this tournament. 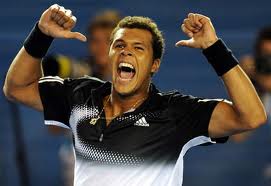