US researchers used ultrasound to scan the muscles of people on a treadmill to see how they behaved differently while walking or running.

This revealed how the medial gastrocnemius muscle attached to the Achilles tendon adjusted as volunteers walked and ran at various speeds.

According to a new study a gentle run at around two meters per second helps a calf muscle to work more efficiently than when you’re walking briskly.

It has shown that this part of the calf muscle acts the same way as a car clutch, which allows you to shift into a different gear.

The way your calf muscle works makes it less tiring to jog than to walk and thereby you would feel the better benefits.

This more efficient movement helps the muscle release more momentum-boosting energy, which increases stamina levels and this is the reason why it is less tiring to jog than to brisk walk.

This muscle engages as we start to move, holding one end of the tendon while the body’s energy is transferred to stretch it.

The authors found that the Achilles, a long, elastic tendon running down the back of the lower leg ‘springs into action’ releasing this stored energy to help keep us moving.

Study author Dr. Gregory Sawicki says that ‘Muscles work too inefficiently to speed walk, so the body turns to running in order to increase efficiency and comfort, and to conserve energy.’

‘The muscle can’t catch up to the speed of the gait as you walk faster and faster and this is the reason why ‘speed-walking’ does not have that many followers.

‘But when you shift the gait and transition from a walk to a run, that same muscle becomes almost static and doesn’t seem to change its behavior very much as you run faster and faster.’

According to Dr. Sawicki, ‘Other than Olympic race walkers, people generally find it more comfortable to run than walk when they start moving at around two meters per second, about 4.5 miles per hour.

This study was published in journal proceedings of the National Academy of Sciences. 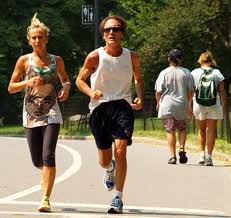 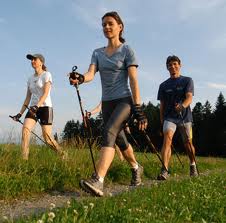