Joe Perry has shot down Steven Tyler’s repeated claims that the band will appear on American Idol sometime this season.

In a post on his official Facebook page, Perry says they were never formally asked to play the show.

Joe Perry writes in his post that it’s not logistically possible because their band mate Brad Whitford has gig that night with Hendrix Experience. Besides they were never asked by ‘Idol’s producers to play there.

“Aersomith’s looking forward to playing American Idol next season when our new CD is out and we can prepare 4 a kick ass show if they ask us.”

The statement comes after a string of comments by Tyler indicating that the band was, in fact, set to appear on the show at some point this season.

“We’re playing the last show of the season. When I came on board, of course they were talking about, ‘Are you going to sing with the contestants?’ I said I’ll do a song, sure, but it was always my intention, always, to get Aerosmith on the show,” he told Billboard earlier this month. 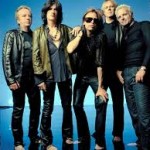