The Atlanta based second accuser against John Travolta of sexual assault will not go to trial as both sides have agreed the case should be heard privately.

Lawyer of the accuser insists that what they have agreed upon is not a case of mediation and that his client will not settle.

The unidentified second accuser, made the claims against Travolta, several days after another anonymous man filed earlier a similar complaint against the ‘Pulp Fiction’ star.

Travolta’s lawyer Marty Singer, and plaintiff’s lawyer Okorie Okorocha have spoken and both are working on the ground rules for the evidence and procedure about how the mediation will proceed, and that process could take 1-2 months, a source close to the situation told Radar.

‘This is commonly done before formal mediation begins. Both sides will agree to keep all transcripts sealed, as well as all witness statements, depositions, how much money if any the accuser will receive and the accuser’s identity from being made public, and it would just be a media circus if it did go to trial.’

‘This will be the best way for the case to be heard with minimal disruption to John Travolta and the accuser’s life.’

The first accuser that filed a sexual assault lawsuit against Travolta was dropped, by Okorocha on Friday.

The man had admitted he was wrong about the date of the alleged attack.

Travolta’s lawyers had insisted that the actor was in New York City on that date, releasing a restaurant receipt from the Mr. Chow restaurant in NYC and two photographs of the actor as evidence.

Meanwhile, TMZ have obtained an official incident report pertaining to third accuser, Fabian Zanzi against the Grease star while he was working on a Royal Caribbean cruise liner in 2009.

The documents ‘don’t mention any sexual overture’ on Travolta’s part, and instead recounts him asking for and getting a neck rub from the worker, for which he was fired. 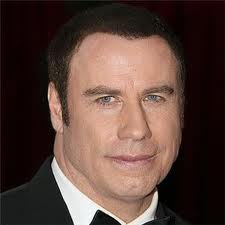