Two male masseurs had charged John Travolta of inappropriate sexual behavior towards them.

The first accuser was made earlier by an anonymous masseur, he alleged that Travolta rubbed his leg, touched his genitals and tried to initiate at least one sex act inside a private bungalow at the Beverley Hills Hotel on January 16.

A spokesman for the Pulp Fiction actor furiously denied the claims in the first suit, calling them a ‘baseless lie’.

And now another alleged victim, who is said to be represented by the same lawyer as the first accuser, is also seeking US$ 2million in damages.

The second accuser, who has also chosen to remain anonymous, claims to have “substantial documentation and numerous witnesses regarding the substance of Travolta’s actions,” according to Radar Online.

Travolta’s lawyer Marty Singer has branded the accusation just ‘as absurd and ridiculous as the first one.’

The 58-year-old star’s representative fully denies the initial sexual battery lawsuit and has described the masseur’s allegations as ‘complete fiction and fabrication’ as well as claiming he can prove Travolta was not present in Los Angeles on January 16, the date of the alleged incident.

Travolta, on the set of his latest film Savages in LA last year, will fight the case, according to his lawyer. He will take legal action not only against the claimant, but also the claimant’s lawyer for malicious prosecution.

He told The Hollywood Reporter, ‘There is a heightened standard for a lawyer suing a celebrity and knowing the media will pick it up. The lawyer can’t just rely on the client. He needs to do an investigation and has an obligation to do due diligence.’ 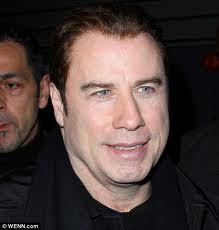