Kevin Costner has angered his neighbor Rick Grimm by planting trees and shrubs to protect his privacy in Carpinteria, California, an upscale beach community near Santa Barbara.

According to TMZ, Grimm claims he bought the beach property back in 2009 with spectacular views of the ocean and coastline, and it happens to be located right behind Costner’s pad.

Grim says he has sent ‘multiple’ pleas to the actor asking him to trim the shrubbery, only for them to be replaced with even taller trees, which block his once-spectacular ocean views.

It is believed that rules for the area state that no hedge shall be over six feet tall.
Costner’s infuriated neighbor is seeking US$ 150,000 damages for loss of enjoyment and US$ 500,000 for damages to his property value if the trees are not removed, is contractually-bound not to obstruct the views from his property.

Grimm says Costner is contractually bound to NOT plant trees which obstruct the ocean’s view from his property, but Kevin doesn’t care. According to the suit, Kevin made it clear to Rick’s people he would not ‘back down’ and would ‘do everything in his power to secure his privacy.’

In addition to his damages claim, Grimm wants a judge to force Kevin to chop down the trees. 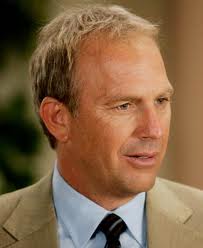