There is a drop in the koala population in most parts of Australia due to habitat loss, urban expansion, vehicle strikes, dog attacks and disease have contributed to their dwindling numbers.

Australia has listed the koala as a threatened species in parts of the country.

In New South Wales and Queensland, the numbers have fallen by as much as 40 percent since 1990.

The decision to list the koala ‘follows a rigorous scientific assessment’ by a committee that deals with threatened species, according to Burke.

Koala is not only iconic in Australia but it is popularly known worldwide. They are natives of Australia, are marsupials and not bears. They only thrive in eucalyptus leaves and sleep for up to 20 hours a day.

Not all parts of Australia will be affected by the listing especially in the states of Victoria and South Australia where the koala population is stable, according to Burke.

However, Deborah Tabart from the non-profit Australian Koala Foundation believes that there should be blanket protection for koalas in the country.

Conservationists, however, believe that the declaration should have been made national considering of koala’s iconic status. 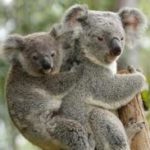