The Los Angeles Lakers superstar Kobe Bryant spent part of his youth in Italy while his father Joe “Jellybean” Bryant, played there with Rieti, Reggio Calabria, Pistoia and Reggiana from year 1984 to 1991.

Virtus Bologna has given the younger Bryant four different contract options, which offers him a US$ 6.7 million dollar, one-season contract to play for the Italian team or a deal stretching from one year to two month and one month options, and a per-game deal that would come out to US$ 739,640 dollar per home game.

All of the offers are pretax and would allow the basketball player to return to the Lakers immediately if the lockout ends.

The Los Angeles Lakers’ forward speaks Italian, prompting Bologna to hope he might return if there’s an NBA lockout.

Turkish club Besiktas and at least one team in China have expressed interest in the 33-year-old Bryant, who has won five NBA championships and been an All-Star 13 times.

Virtus Bologna general manager Massimo Faraoni watched Bryant when he played in Pistoia’s youth system in the late 1980s. According to Faraoni, he saw Bryant when he was a kid, and the American basketball player already had a lot of passion for the game then.

Virtus has won 15 Italian league titles but none since 2001, when it also won the Euro-league for the second time. Kobe Bryant who is a great champion would be an asset to the team, according to Faraoni.

Virtus has asked fans to send messages supporting the recruitment of Bryant to a “Bologna for Bryant” email address, which will be published on the team’s website. 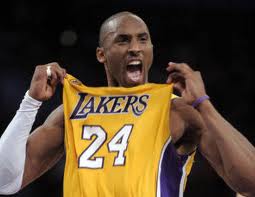