Former California governor Arnold Schwarzenegger is writing his own biography. The unbelievably quantum leap transformation of his personal life will now be unraveled in a book.

It covers his life from being a poor immigrant, to world class athlete, to the biggest movie star in the world and to governor of California, according to his publisher, Simon & Schuster .

The biography will follow Schwarzenegger from his native Austria, via his body-building success, to his roles in blockbuster hits such as True Lies and Predator and, eventually, to political office in 2003.

The book entitled, “Total Recall: My Unbelievably True Life Story,” was named after his 1990 film “Total Recall” which has been near the pinnacle of his movie career.

The book will return to Schwarzenegger’s roots where he started lifting weights as a teenager in a small Austrian village before winning Mr. Universe titles and moving to the United States at the age of 21.

His memoir will also discuss his time spent in Venice Beach, California training in Gold’s gym and winning the Mr. Olympia title seven times before overcoming a thick accent to establish himself as a star in films like 1982’s “Conan The Barbarian.”

There is no indication as to whether the memoir will address his recent separation from his wife, Maria Shriver, his wife of 25 years, amid revelations that he had fathered a child out of wedlock.

The book will be published in the United States, Australia, Canada, India, and the United Kingdom and scheduled to be released in October, 2012. 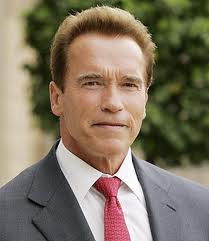