The fifty-fifty split between Lady Gaga and her father is so unusual in the music industry but she credits her superstardom to her father who has given her unconditional support all the way.

The singer whose real name is Stefani Germanotta, gives her father, Joe Germanotta, 50 percent of her earnings under their Limited Liability Company’s partnership, Team Love Child and Mermaid Music.

When the ‘Born This Way’ star told her father of her plans for worldwide pop superstardom, Joe supported her unconditionally, by using his money and connections to hire the best producers, to book studio time and to get Stefani in the room with record executives.

Since then Joe has been Gaga’s number one supporter throughout her career and also works in the industry, managing aspiring artists.

Gaga believes her father has earned his share of her fortune and her success has allowed him to realize a lifelong dream.

Though friends describe Gaga as equally close with her outgoing, elegant mom, her primary relationship seems to be with her dad.

Joe of Italian descent, made his fortune in hotel Wi-Fi, becoming wealthy enough to buy a duplex on the Upper West Side of Manhattan and send his daughters to the Convent of the Sacred Heart private school.

Since 2008, Joe has worked as a music manager, though none of the acts in his stable has yet made it to the big time.

His daughter still remains his most successful investment. 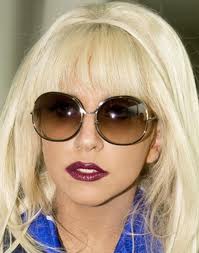