Lagundi, a five-leaved chaste plant is a common backyard shrub in the Philippines, and is is one of the ten herbal medicines available in the country recommended by the Department of Health (DoH) as an effective herbal medicine with proven therapeutic value.

Lagundi leaves had been clinically tested to be effective in the treatment of colds, flu, bronchial asthma, chronic bronchitis, and pharyngitis.

The roots of Lagundi are also used as treatment for rheumatism, dyspepsia, boils, and leprosy.

The flowers are recommended as a cardiac tonic, as cure for liver diseases, and other internal disorders such as diarrhea and cholera.

Lagundi can prevent the body’s production of leukotrienes, which are released during an asthma attack.

Leukotrienes are a naturally occurring chemical substance that promotes an inflammatory response.

When produced and released in the body, this chemical causes airway constriction, the tightening of muscles, and excess mucus and fluid.

A decoction (boiling in water) of the roots and leaves of Lagundi are applied to wounds, and used as aromatic baths for skin diseases.

Boiled seeds are eaten in order to prevent the spreading of toxins and venom from bites of poisonous animals.

Now, pharmaceutical companies made lagundi available commercially in capsulized and syrup form, used for the treatment of cough and bronchial asthma. 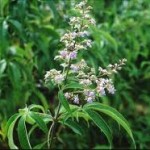 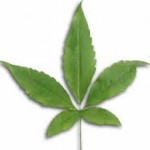