One 2001 research paper called lead poisoning one of the most common pediatric health problems in China. A 2006 review suggested that one third of Chinese children suffer from elevated blood lead levels.

Interviews with 20 families indicate otherwise. Near Jiyuan City, in Henan Province, nearly 1,000 children from ten villages were found to be elevated blood lead levels in 2009. Government officials ordered the children treated, families relocated and the smelters clean up.

The industry has grown by 20 percent a year, and is expected to expand further, according to Wang Jingzhong, vice director of the China Battery Industry Association.

China now has some 2,000 factories and 1,000 battery recycling plants. Enforcement is spotty at best.

In the past two and a half years, thousands of people in China have been suffering from toxic levels of lead exposure, mostly caused by pollution from battery factories and metal smelters. The cases underscore a pattern of government neglect in industry after industry as China strives for headlong growth with only embryonic safeguards.

A report by Human Rights Watch this month says some local officials have reacted to mass poisonings by limiting lead testings, withholding and possibly manipulating test results, denying treatment and trying to silence parents and activists.

High levels of lead can damage the brain, kidney, liver, nerves and stomach and can even cause death. Children are particularly susceptible because they absorb lead more easily than adults.

The state Health Ministry said in 2006, that a nationwide test for children was not needed because their blood lead levels had been falling. But the number of factories producing lead acid batteries for electric bikes, motorcycles and cars has since surged.

In June, 233 adults and 99 children were found to have concentrations of lead in their blood, up to seven times the level deemed safe by the Chinese government.

Li Ganjie, the vice minister for environmental protection’ said every suspected lead poisoning case was investigated and victims were treated.

To Han Zongyuan, a factory worker is no consolation, who said his three year old daughter had absorbed enough lead to irreversibly diminish her intellectual capacity and harm her nervous system.

“No blood lead level has been found to be safe for a child,”said Dr. Mary Jean Brown at the United States’ Centers for Disease Control and Prevention.

Despite efforts to step up enforcement, the government’s response remains faltering. 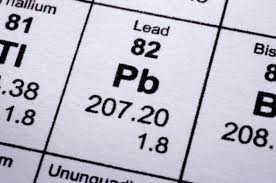