The three American Idol judges (Randy Jackson, Steven Tyler & Jennifer Lopez) are all intact and appeared for the first time together on the show this year, have signed up to return for another season, according to the show’s executive producer Nigel Lythgoe.

Nigel Lythgoe was on the “On-Air with Ryan Seacrest” program on Wednesday morning and made the announcement.

Ryan Seacrest confirmed auditions will be starting in the near future, but the three would not be seen on television until January.

It is believed both Jennifer and Aerosmith singer Steven have received substantial pay increases to stay on the show.

‘American Idol’ is due to return to Fox television in January for season 11. 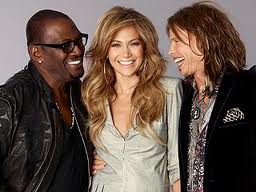