John Travolta is set to play the role of John Gotti in a Mafia film.

While Lindsay Lohan, who beat Blake Lively and Sienna Miller for the role, would play the part as John Gotti’s daughter, the reality TV star Victoria Gotti.

The film, which is entitled Gotti: Three Generations, will hit the big screen in 2013. 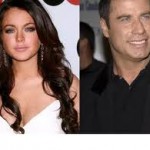