A study from a watchdog group on Washington lobbying, corporations, unions and other interests spent a record setting 2.79 billion US dollars in 2007.

The Center for Responsive Politics said spending in 2007 eclipsed the previous record in 2006 by 200 million dollars with health care interests, wall street, the real estate industry and insurers are the biggest spenders.

Lobbying seems to be a recession proof industry. In some respects, interests seek even more from the government when the economy slows, according to the executive director of the twenty five year old group that analyzes data on money in politics.

The US Chamber of Commerce, for instance is the nation’s single largest spender, with $52.8 million expended in 2007 on in house and outside lobbyists. But that was down twenty seven percent of last year, the center said.

The latest figures show a year of typical growth for k street, the nickname often applied to the capital’s booming industry.

Sharply higher spending was seen on other fronts, with private equity from Blackstone Group LP ramping up its expenditures 477% to $5.40 million.

The private equity industry successfully halted an effort in Congress recently to raise taxes on the profits of its senior partners. The National Education Association, the largest US teachers union spent $9.20 million last year up by 464% amid efforts to reauthorize the NO Child Left Behind Act.

Lobbying spending grows because fees are up and more groups see lobbying as important and more expenses are being disclosed, as rules tightened, said a partner at the law firm of Reed Smith in its Richmond, Virginia office.

Drug and health care products companies spent $227 million on lobbyists last year, up 25% over 2006 and more than any industry group, with insurers second at $138 million.

Securities and investment firms spent at $87 million raising its expenditures by 40 percent over 2006, the center added.

Among K street’s many firms, Patton Boggs reported the highest revenue from registered lobbying for the fifth consecutive year, at $41.9 million, the center said. 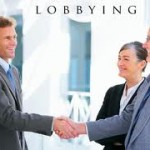