The European Food Safety Authority (EFSA) approved more than 200 health claims for use on food products, out from 2,500.

Scientists upheld claims such as calcium being needed for the maintenance of healthy bones and that reducing salt could regulate blood pressure. But hundreds of supposed benefits of supplements taken by millions of people were rejected.

The EFSA found there was no evidence to suggest that royal jelly could boost the immune system or vitality.

Companies had applied to be able to make the claims in order to help market their products.

Manufacturers now need hard evidence, not just clever marketing, to promote the health benefits of food and drinks, according to Richard Lloyd, the executive director of Which?, the consumer organization.

Support for claims that reduced consumption of saturated fat helped maintain normal cholesterol levels was also one of the less surprising decisions.

“The Government must now also make sure products that are high in fat, sugar or salt can’t claim to be healthy simply because they contain one healthy ingredient.

The rulings have been made by the EU as part of a painstaking process that has previously been branded wasteful and intrusive by critics.

The EFSA attracted ridicule last month when it ruled that bottled water did not prevent dehydration, although it later declared that it could keep people cool and healthy.

John Dalli, the European Commissioner for Health and Consumer Policy, said: “Consumers have the right to accurate and reliable information on food labels to help them make healthier choices.

When it comes to health claims, ensuring that they are truthful and accurate is of particular importance.”

The final list of health claims must be approved by member governments before being formally adopted early next year, after which companies will have six months to remove any rejected claims from their products. 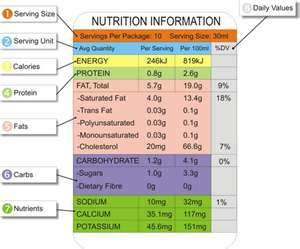