Spain now ranks the highest unemployment rate in Europe while the real estate prices decreasing. Many Spaniards could no longer able to pay their mortgages and foreclosure proceedings are catching up with them.

Immigrants who arrived during the boom years have been the most severely affected. An estimated 1.4 million Spaniards are facing foreclosure proceedings, according to Spain’s consumer protection association, Adicae.

A recent Standard & Poor report found that 8 percent of Spain’s housing is now worth less than the value of the mortgage and economic experts believe that it could rise as high as 20 percent.

Spanish mortgage holders are personally liable for the full amount of the loan including the thrown in penalty interest charges and court fees that people can end up a confronting a mountain of debt.

“Effectively, you can never get rid of this debt,” said Ada Colau, a human rights lawyer. “Other countries in European Union also have personal debt mortgages but yo can go to the courts and get relief. Not in Spain.”

Banks have the right to auction houses in foreclosure. If no buyers, the bank can assume ownership of the property at 50 percent less of its value. The banks have 15 years to go after the homeowner.

Several opposition parties in Spanish parliament have been pressing for amendments to the country’s foreclosure laws. But the government don’t buy such changes.

Officials say that Spain’s system of personal guarantee save its banks from the turmoil seen in the United States.

“It is true that we are living a hangover of a huge real estate binge,” said Marcos Vaquer, the former undersecretary of the Housing Ministry. “And it is true that far too many Spaniards have excessive debt. But we have not seen the problems of the US because the guarantees are so much better.

There is also the case of guarantors, bankers pressed homeowners to find guarantors at the time they took out the mortgages. Now the those guarantors face a lifetime of paying off the debts of others.

“This helps to explain why our financial entities have not gone bankrupt,” said Santos Gonzalez Sanchez, the chairman of the Spanish Mortgage Association. 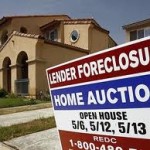 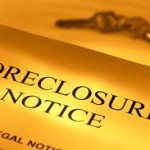