Mariah Carey’s twin is just enough for her and she doesn’t want more children.

The singing diva who gave birth to twin Moroccan Scott and Monroe in April. She has threatened to ‘kill’ husband Nick Cannon if he makes her give birth again.

Nick Cannon said that he wants some more but he thinks that Mariah Carey is done in having more children after their twin.

The ‘America’s Got Talent’ host gave his wife a diamond necklace of pink and white to commemorate the happy occasion in celebration of the birth of their twin.

According to Nick, he got to be creative in giving gifts because his wife has so much jewelry.

The TV presenter, however, admitted the twin are both living up to their names, with his son showing a ‘tough’ character while his daughter already showing ‘diva’ orientation.

Here’s what Nick’s compliments to his kids : “My son Roc lives up to his name. He’s a tough guy. He’s already crawling. And then my daughter, she’s just a diva.” 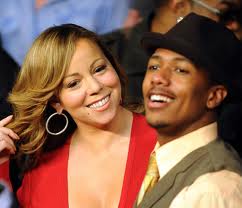