Nick Cannon was hospitalized earlier this month after suffering “mild kidney failure”, and revealed that Mariah was wonderful while he was unwell, according to People.

The American Got Talent host has called wife Mariah Carey his “hero” for looking after him so well during his recent health scare.

Speaking at the Black Entertainment Television (BET) Honors, the 31-year-old said: “It is truly, truly a blessing to be here tonight, and I am humbled and in awe of everyone’s presence, but mostly my hero right there. What most people don’t get the opportunity to experience is the true woman; the virtuous person who is my angel.”

When Nick was in hospital, Mariah, 41, penned a message on her website asking fans to pray for the family, and uploaded a picture of the couple in the hospital in Aspen.

Cannon and Carey, who had a no. 1 with the song Hero in 1993, attended the event with their eight-month-old twins Moroccan and Monroe. 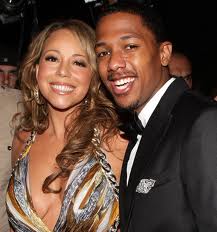