There were few studies have been done to assess how frequent the practice of sex selective abortion may be among immigrant communities in Canada.

The editorial, however, points to research that suggests sex selection is more common among immigrants from India, China, Korea, Vietnam and the Philippines who already have at least one daughter.

An article in the issue of the Canadian Medical Association Journal (CMAJ) warns that Canada has become “a haven for parents who would terminate female fetuses in favor of having sons” due to advanced prenatal testing and easy access to abortion.

In 2004, Canada outlawed fertility practices that would increase the likelihood that an embryo will be a certain sex, or that would identify an in-vitro embryo by sex for any reason other than to diagnose a sex-linked disorder or disease.

CMAJ interim editor-in-chief Rajendra Kale said, “the Canadian medical establishment needs to go further, and make express rulings that would ban fetal sex disclosure before seven months, when it is too late for an abortion.”

He added that doctors should nevertheless “avoid painting all Asians with the same broad brush and doing injustice to those who are against sex selection,” but called for collective cooperation by women of all races.

“The execution of a ‘disclose sex only after 30 weeks’ policy would require the understanding and willingness of women of all ethnicities to make a temporary compromise,” he wrote.

“Postponing the transmission of such information is a small price to pay to save thousands of girls in Canada.”

Kale’s controversial proposal was welcomed by conservative groups but opposed by the pro-choice advocates who warned that the debate extends much further than sex-selective abortion in minority groups.

The Canadian Medical Association, the country’s largest doctors’ group with 70,000 members, stressed that editorial viewpoints are not necessarily those of the CMA.

Alexia Conradi, head of the pro-choice Women’s Federation of Quebec, agreed that abortive sex-selection is ‘unacceptable,’ but questioned the motivation of those who support formal measures to prevent it.

According to Jessica Arons of the left-wing Washington think-tank the Center for American Progress, the issue raises difficult questions for women’s advocates.

“Any types of restrictions on abortion are met with skepticism by the pro-choice community generally,” she said. 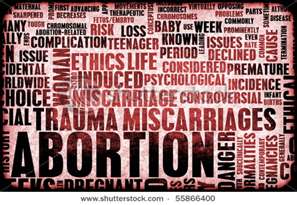